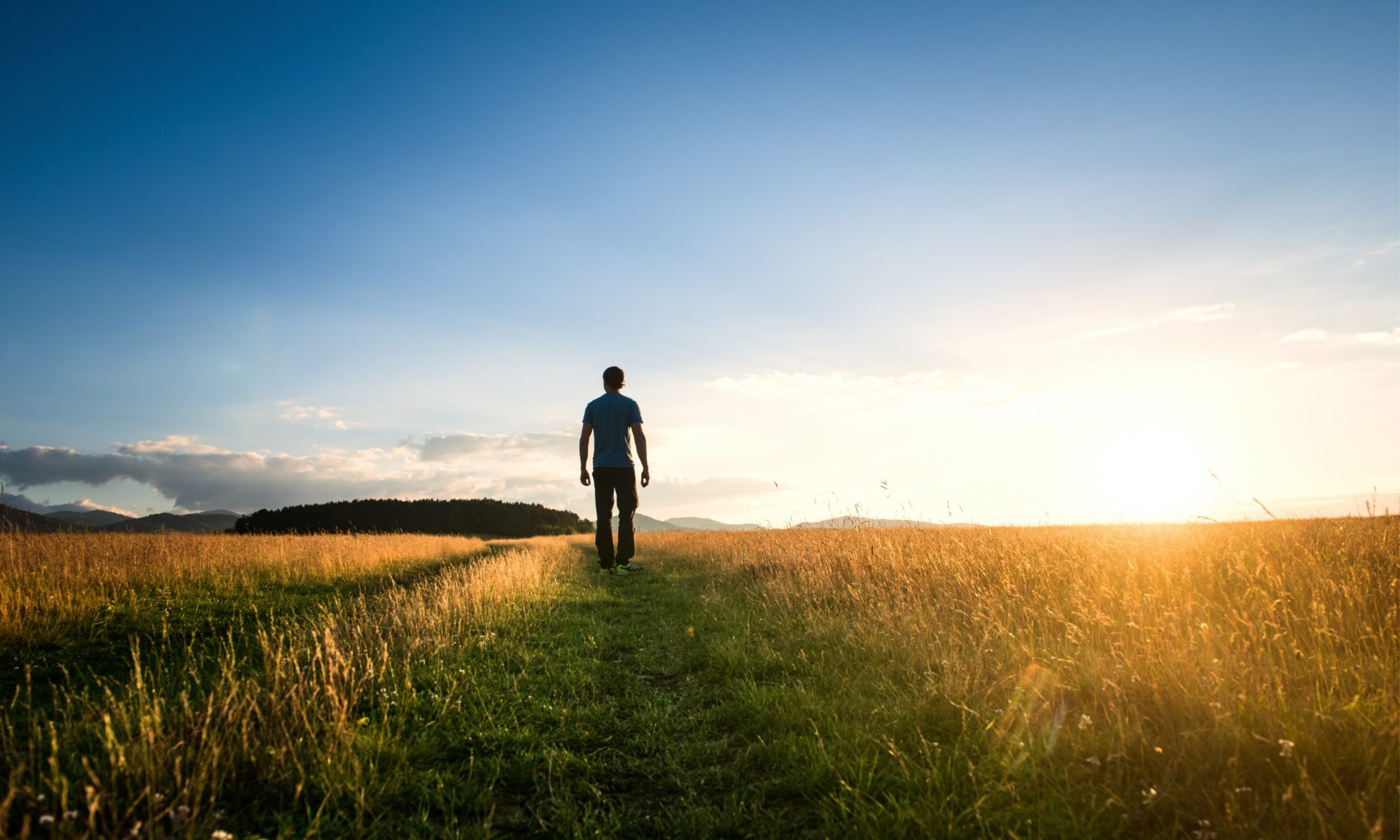 Many people today are seeking after God and/or spirituality. Christianity has a simple invitation to this search for everyone: follow Jesus. It is fashioned after Jesus’ own call— a two-word summons sprinkled throughout the Gospels (emphasis added):

As Jesus passed along the Sea of Galilee, he saw Simon and his brother Andrew casting a net into the sea—for they were fishermen. And Jesus said to them, “Follow me and I will make you fish for people.” (Mark 1:16-17)

As (Jesus) was walking along, he saw Levi son of Alphaeus sitting at the tax booth, and he said to him, “Follow me.” (Mark 2:14a)

The next day Jesus decided to go to Galilee. He found Philip and said to him, “Follow me.” (John 1:43)

“Follow me” continues to echo its call today. And for all those interested in this call or who have already answered it, the usual round of questions began to swirl in their heads. How do you start following Jesus? What does following Jesus look like? Is what I’ve been doing count as “following Jesus?” There are a lot of varied responses to these questions, but we can deduce three things about Jesus’ call and those who accepted it from a broad review of the Gospels.

1. “Follow me” is Jesus choosing you, not the other way around

The original Greek in Mark 1:17 translated as “follow me” literally means to come “after” or “behind” me. Robert Guelich (Word Biblical Commentary, vol. 34a) distinguishes between viewing the phrase as you choosing Jesus and its actual sense— Jesus choosing you “to join him in sharing his life and ministry.” Jesus wants to enable all people to learn how to live toward others by modeling themselves after his own path. The Early Church understood this as reflected in 1 John 2:6— “whoever says, ‘I abide in him,’ ought to walk just as he walked.”

2. “Follow me” is Jesus choosing you just as you are to be with others just as they are

Jesus’ bidding Simon (Peter) and Andrew to learn the spiritual skill of “(fishing) for people” was imagery specific to their vocation. Jesus issued his call to them just as they were regardless of what others considered their current social or religious status to be. We should also hear Jesus’ call relative to where we are at this very moment, regardless of any label we put on ourselves or others put on us— “Follow me and I will make you (clerk, parent, bartend, etc.) for people.”

The Twelve disciples Jesus appointed are not diverse by gender or race but they were a more diverse bunch than appears at first glance. They include:

– Peter, a sword-carrying leader whose fiery personality was equaled by the fieriness of his shortcomings;

– the brothers James and John who seemed at times more interested in their own status in the group;

– Matthew, a Roman-affiliated tax collector which made him a religious and social outcast to his fellow Jews; and

– Simon the Zealot, a member of a religious-political activist group seeking the overthrow of the ruling government and all religious leaders who cooperated with it.

The Gospels focus on the Twelve disciples, but they reveal a much larger number of women and men referred to as disciples of Jesus (e.g., Matthew 27:55, Luke 6:17, 8:1-3, 10:1, 14:25, and 19:37). It can be inferred that each one of them heard the “follow me” summons either individually or as part of a crowd (e.g., Matthew 8:21-22, Mark 8:34, 10:21). But Jesus did not call any of these persons to confess doctrinal statements, meet explicit church membership requirements, or repeatedly conduct a common set of pious acts prior to issuing his call.

Instead, He called every one of them just as they were in that moment they heard his call. He built a community with all who responded, regardless of background or standing in society, regardless of maturity or humility issues, regardless of being a social or religious outcast, and entrusted them with being his closest companions and disciples along the way.

3. “Follow me” is Jesus choosing you to be part of a difficult journey

From the very beginning, all of the disciples (particularly the Twelve) struggled to understand who Jesus was and what his true purpose was. The journey for Jesus’ followers from the beginning was very raw, incomplete, and not fully formed by the time Jesus died. A full understanding of how to follow Jesus did not occur quickly. This was at least in part due to the difficulty inherent in following Jesus as Luke’s Gospel disturbingly illustrates:

Now large crowds were traveling with him; and (Jesus) turned and said to them,

“Whoever comes to me and does not hate father and mother, wife and children, brothers and sisters, yes, and even life itself, cannot be my disciple. Whoever does not carry the cross and follow me cannot be my disciple. For which of you, intending to build a tower, does not first sit down and estimate the cost, to see whether he has enough to complete it? Otherwise, when he has laid a foundation and is not able to finish, all who see it will begin to ridicule him, saying, ‘This fellow began to build and was not able to finish.’ Or what king, going out to wage war against another king, will not sit down first and consider whether he is able with ten thousand to oppose the one who comes against him with twenty thousand? If he cannot, then, while the other is still far away, he sends a delegation and asks for the terms of peace. So therefore, none of you can become my disciple if you do not give up all your possessions. (Luke 14:25-33)

Some disciples found Jesus’ teachings too difficult and fell away (John 6:66). For all who remained, Jesus constantly taught, modeled, challenged, and admonished them up through his resurrection appearances. And even after that, periods of growth were still required as evidenced in all of the New Testament books after the Gospels.

The Sermon on the Mount includes a teaching from Jesus using the metaphors of narrow and wide gates. The metaphor has traditionally been interpreted in churches as a lost person’s need to accept Jesus in order to avoid hell. But Jesus’ purpose in this passage is more rightly seen as a caveat of the difficulty a follower will encounter:

The fork in the road of your personal discipleship is an ever-repeating one that resembles this passage. Many choices resemble the wide gate that appears to be the better or correct choice because it is “easy” (i.e., preferred, known, comfortable). But following Jesus brings with it a lifetime of being confronted with the need to constantly choose the narrow gate option— a path that at first glance appears “hard” (i.e., counter-intuitive, unfamiliar, uncomfortable). Once taken, it is the only choice “that leads to life” in Jesus.

It is the space within the tension of these personal journey forks that this series Walk just as He walked aims to explore. Broadly speaking, this eight-part series will address the nature of personal Christian discipleship based on how Jesus exemplified living his life for God. It is best described by a spiritual maxim from a very famous Christian, which will be introduced in the next post (yeah, that’s a teaser).

Reflection: Do you believe that Jesus’, call, “Follow me,” is his invitation to you each day (just as you are, just where you) to walk just as He walked?