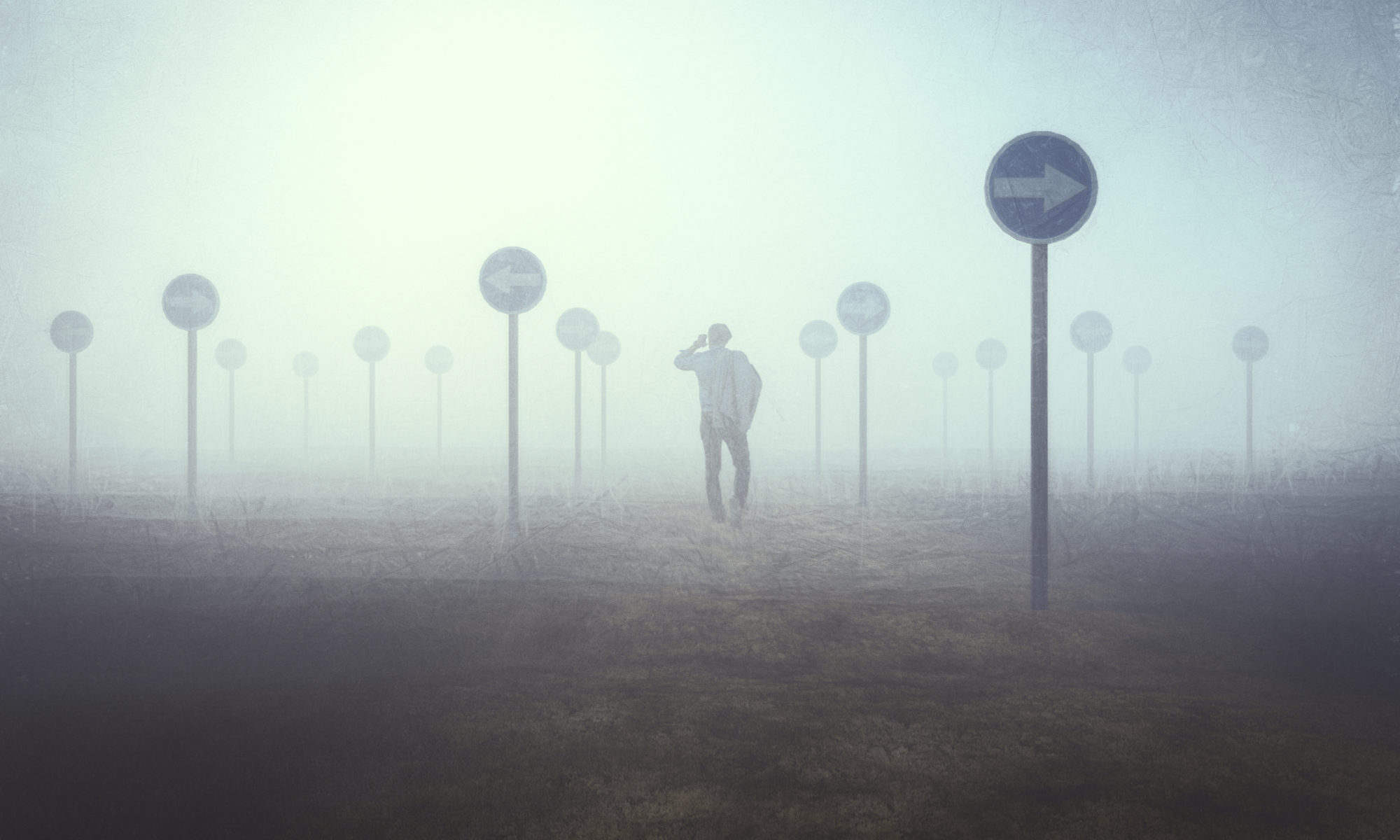 Successful-based beliefs/practices in the church today continue to undermine Jesus’ desire to bring about “the kingdom of God.”  And the successful-based belief/practice on sin has arguably had the biggest negative impact on that. We conclude our look at sin by contrasting how faithful-based communities view it.

There are two biblical (and specifically Jesus-centered) concepts that faithful-based communities prioritize in their view of sin.  The first one is placing the emphasis of how to understand sin on when they are guilty of not acting on what God desires.  This is opposed to successful-based communities who emphasize not violating what God does not desire.

If successful-based communities are like the second son in Jesus’ parable about the two sons (as discussed in the previous post, found in Matthew 21:28-32, and discussed in detail in Walked as He walked #6), then faithful-based communities are like the first son.  They are told “go and work in the vineyard today.” They answer, “I will not” but later they go.  Jesus makes the criteria between the sons very simple— “Which of the two did the will of his father?”  This is the essence of sin— doing or not doing what God desires of us, based on God’s terms, not our own.

Faithful-based churches are not perfect and will struggle with what God is revealing or asking.  This is why their first answer is well symbolized by the first son’s response of “I will not.” But in similar accordance with the first son who later “changed his mind and went,” so, too, the faithful-based community will work to change its mind.  They can then recognize that sin of disobedience and begin to surrender their own understanding and desires to that of God’s.

It is in that struggle to live faithfully that the follower grows spiritually mature, moving further away from sin (translated from the New Testament Greek word hamartia, meaning literally “missing the mark”) and closer to being holy or “perfect” (translated from the New Testament Greek word teleos, meaning literally “hitting the mark”).  Sin can grow fainter through a lifelong endeavor of faithful-based living that can yield healing (i.e., salvation) to our whole person.  This healing manifests itself in how we love others and love ourselves.

The story of Jesus healing on the sabbath in Mark 3:1-7 also helps illustrate the contrast of how faithful-based churches view sin differently than those who are successful-based.  Jesus enters the synagogue and sees a man with a “withered hand.” Jesus knew the Pharisees’ only concern was whether He would violate their tradition of what constituted work and thus “sin” by not observing the sabbath to keep it holy.  The Pharisees expected all healing to wait until the sabbath was over. Jesus seizes the teachable moment in the form of a faithful-based challenge by directly asking them, “Is it lawful to do good or to do harm on the sabbath, to save life or to kill?” (Mark 3:4).  The argument in Jesus’ question hits at the heart of what separates faithful-based communities from successful-based ones in how they understand and address sin. When faced with two options, is God’s desire that we not violate long-held traditions or that we “do good” in that moment?

The second biblical (and Jesus-centered) concept that faithful-based communities prioritize in their view of sin is its property of when we knowingly deny, do not follow, or do not believe in Jesus.  John’s Gospel clearly describes a choice to not believe in Jesus as sin (“missing the mark”).  The healing of a blind man by Jesus in John 9 is the background story for a point being made about sin which bookends the story.  The story begins with Jesus’ disciples asking, “Rabbi, who sinned, this man or his parents, that he was born blind?” to which Jesus answers “Neither this man nor his parents sinned” (9:2-3a).  Jesus heals the blind man and then the Pharisees find and interrogate the former blind man and his parents in order to discredit Jesus. The story ends on the topic of sin but this time in relation to the Pharisees instead of the former blind man:

Jesus said, “I came into this world for judgment so that those who do not see may see, and those who do see may become blind.” Some of the Pharisees near him heard this and said to him, “Surely we are not blind, are we?” Jesus said to them, “If you were blind, you would not have sin. But now that you say, ‘We see,’ your sin remains.” (9:39-41)

John’s portrait of Jesus consistently equates remaining in your spiritual blindness to being in sin.  This blindness is the ability to be aware of who Jesus is but refusal to believe in him. It is an intentional blindness we put over our own spiritual eyes due to the arrogance of our own traditions, refusing to explore how Jesus is truly revealed in scripture.  Later in John, Jesus specifically defines sin as not believing in Him:

Nevertheless I tell you the truth: it is to your advantage that I go away, for if I do not go away, the Advocate [Holy Spirit] will not come to you; but if I go, I will send him to you. And when he comes, he will prove the world wrong about sin and righteousness and judgment:  about sin, because they do not believe in me (John 16:7-10; emphasis added)

Both of these concepts of sin arise out of the same problem.  If I focus on not doing what I think God doesn’t like, then I won’t be working on what God actually desires to be done.  And, if I confess Jesus with my lips but then question or deny his presence in a situation where He is actually working, then I’m blind to who He really is.  Both actions hinder or prevent the full in-breaking of “the kingdom of God” (Mark 1:15). A faithful-based church may not practice this concept perfectly, but it understands, values, and makes it a driving force behind its purpose.

Throughout the Gospels Jesus illuminates personal choices that prevented individuals from fully experiencing life in God’s kingdom because “God did not send (Jesus) into the world to condemn the world, but in order that the world might be saved through him” (John 3:17).  Time and again Jesus teaches us to release our fears, desires, and other missed marks so nothing in our life hinders our own ability to fully experience God’s kingdom and, by extension, does not hinder others from seeking God. This is how faithful-based communities deal with sin, not by focusing on avoiding how wretched we are or could be, but by submitting to what God desires of us.

In terms of very specific tasks or “big-idea” plans that God might desire of a church, a continued and patient focus on surrendering where we are, just as we are, is certainly required but not a guarantee a church will receive such.  However, we have already been given two important pieces of guidance as to what God desires along the way. First, God does not want us to abide in biases that favor the outwardly appearances of others as we judge them. Jesus re-centered how the purity laws were intended to help us focus on living clean on the inside (Mark 7:1-23).   Purity is not the obsessive compulsion of right outwardly appearances but the restoring on an inward spirit to God. Similarly, the prophet Samuel was admonished by God for wrongly assuming God preferred David’s brother to be anointed as Israel’s new king:

When they came, (Samuel) looked on Eliab and thought, “Surely the Lord’s anointed is now before the Lord.” But the Lord said to Samuel, “Do not look on his appearance or on the height of his stature, because I have rejected him; for the Lord does not see as mortals see; they look on the outward appearance, but the Lord looks on the heart.” (1 Samuel 16:6-7)

Second, as cliché as it sounds, Jesus showed us we must love all others.  Jesus use of teleos (translated as “perfect” and the antonym of hamartia translated as “sin”) further reveals what God desires in the everyday:

“You have heard that it was said, ‘You shall love your neighbor and hate your enemy.’ But I say to you, Love your enemies and pray for those who persecute you, so that you may be children of your Father in heaven; for he makes his sun rise on the evil and on the good, and sends rain on the righteous and on the unrighteous. For if you love those who love you, what reward do you have? Do not even the tax collectors do the same? And if you greet only your brothers and sisters, what more are you doing than others? Do not even the Gentiles do the same? Be perfect, therefore, as your heavenly Father is perfect. (Matthew 5:43-48; emphases added)

“Be perfect, therefore, as your heavenly Father is perfect” is remarkably similar in tone and meaning to God’s command “you shall be holy, for I am holy” (Leviticus 11:45).  Jesus illustrates in this passage when it is that we are “perfect” like God— when we count everyone as the neighbor we are to love— including our enemy, those of different beliefs, and those whom society has placed in a lesser status.  Loving your neighbor in this way is moving away from hamartia (“sin”) and toward teleos (i.e., “perfection” in hitting the mark).  Conversely, sin is whenever we do not love our “neighbor” in this way.

Reflection: Is there any person/group, situation, or event in which you wonder if you may have been blind to seeing Jesus working amidst them?