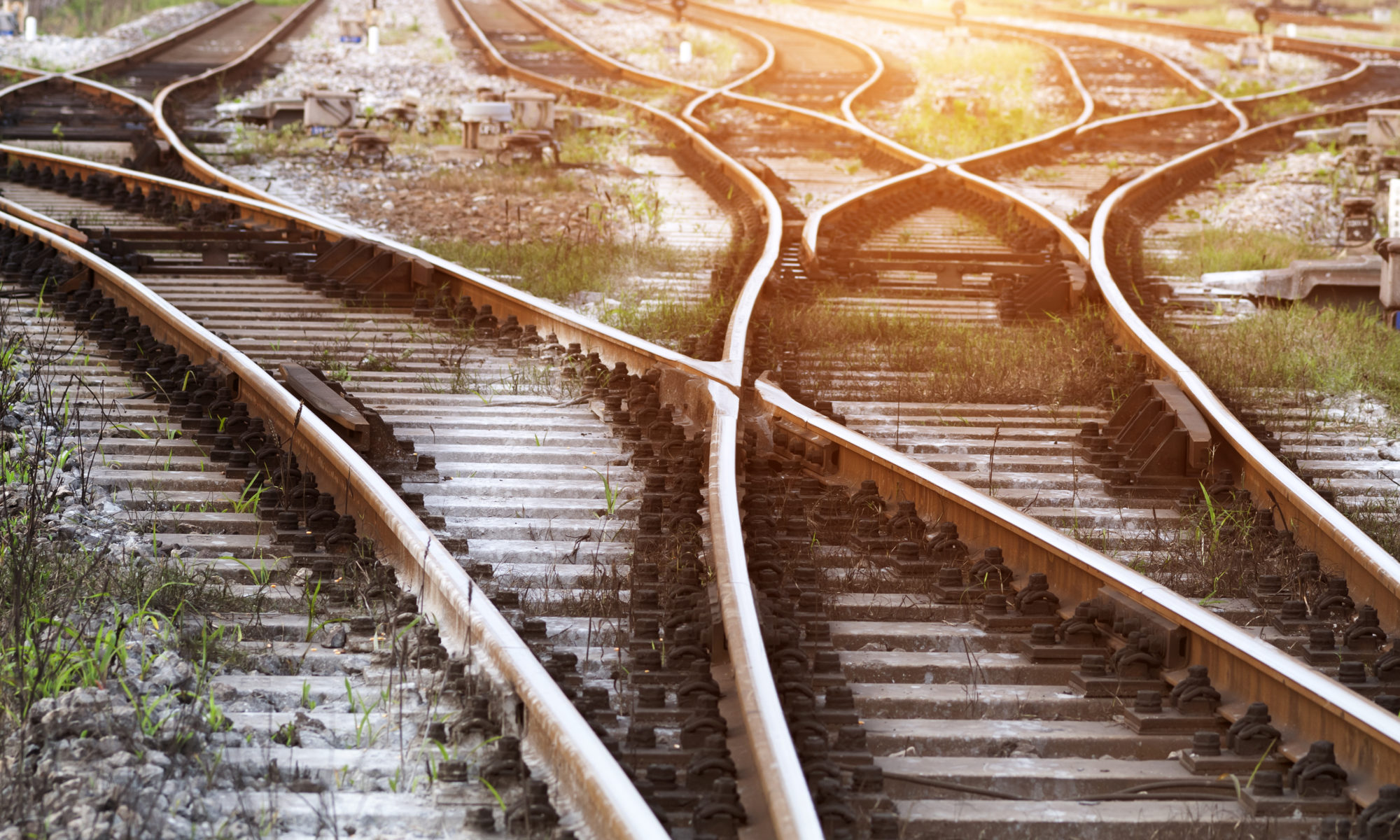 Some years back, a popular Christian movement centered on the acronym WWJD, asking, “What would Jesus do?”  It is a great question that evokes the centrality of Jesus. The question implies that our discipleship journey today should reflect Jesus’ actions in the Gospels.  I would love to see it make a sweeping return in a thoughtful manner but I would call it WYRTGWPDEPOJ (yeah, I know, my branding needs work).  Because I think the better question is asking, “When you read the Gospels, what portrait does each paint of Jesus?”  Asking that is a great litmus test to expose beliefs of successful-based communities, those practices not found in the Gospels which hinder and undermine bringing about the “kingdom of God” on earth that Jesus came to establish.

In the last three posts we examined sin.  I believe successful-based churches’ view of sin has had the greatest negative impact on Christianity as a whole.  This post we’ll begin The WYRTGWPDEPOJ (pronounced “Wirt-gwip-duh-podge”) Movement by briefly looking at four additional successful-based beliefs/practices to help identify those same or similar paths when they appear in the forks of a church’s journey.

When you think of the portraits the Gospels paint of Jesus, is there one in which He runs from village to village preaching that everyone is heading to hell unless they believe in him?  Many successful-based communities of faith place their highest priority on programs and ministries that plead for people to turn or burn, to be saved primarily in order to escape hell. You know, get that divine fire insurance policy in your back pocket.

In the New Revised Standard Version (NRSV), the Gospels have approximately 35 unique passages where Jesus or the Gospel writer uses “kingdom” to note God’s reign as something Jesus came to ignite.  In contrast, the NRSV has only four or so unique passages in Matthew, Mark, and Luke in which the term “hell” is attributed to Jesus. The word “hell” is not found in the Gospel of John (or any of Paul’s letters).  [I would also note, and this deserves much more attention, that whether each of the uses of “hell” found in the New Testament were literal and/or figurative is highly debatable.]  The point here is that faithfulness to preaching Jesus’ gospel to seek the salvation of all must first and foremost focus on bringing everyone into the “kingdom,” not reducing Jesus’ primary message as a call to escape fiery damnation.

When you think of the portraits the Gospels paint of Jesus, is there one in which He went to great measures to ensure proper doctrine and practices were accepted before He allowed someone to follow Him?

There is certainly New Testament evidence for the Early Church’s use of administration and doctrinally aligned membership in some of the epistles attributed to Paul and John (though these must be interpreted within the context of the historical setting in which they were written).  But the Gospels provide no evidence Jesus taught or required belief in a particular set of doctrines prior to being allowed to follow Him. Instead, they clearly picture a Jesus who invites all to join Him along the way to live in the reign of God (i.e., “kingdom of God”). Jesus’ model is generally defined by two elements: 1) a commitment to follow his lead (notably absent any prerequisite conditions or beliefs); and 2) that the commitment will be difficult (“If any want to become my followers, let them deny themselves and take up their cross and follow me” Mark 8:34).

All Christian churches today use membership to better serve its constituents, but successful-based churches’ purpose for membership is equally implemented to exclude persons who do not confess to their particular beliefs.  Membership in this way is a device advertised as one of inclusion into a local community of faith but functionally serves to separate or exclude, acting as a safeguard against heretics (including other Christians) deemed a threat to corrupt their traditions.  Such churches make it more difficult for a follower to gain church membership than it is for God to accept them as a believer!

This notion of church membership has largely been an abused tool that achieved aggregation in numbers to Christianity but at the cost of judgmentally rejecting many seeking to accept the same call to follow Jesus.  Oswald Chambers wrote, “Remember that there is a passion for souls that does not come from God, but from our desire to make converts to our point of view” (My Utmost For His Highest, October 27 reading).

Excluding others from God’s “kingdom” until certain practices or beliefs were adopted was arguably the most profound category of conflict Jesus encountered throughout his life.  He confronted such injustice because it alienated or denied people access to God or aid in times of need.  Jesus lived, died, and was resurrected to establish a reign for everyone to enter without unjust restrictions.  God’s message throughout the Bible is that anyone earnestly seeking God is welcome as a full partner in the community of believers.  To do otherwise is contra-biblical; missing the mark on Jesus’ view of “the kingdom of God.”

Like hell avoidance, exclusionary church membership is also a direct derivative from the successful-based view of sin.  Successful-based churches deny membership to those who remain in their “sin,” proclaiming God as the aggrieved party when they are actually motivated to protect their own traditions.  Ironically, it is actually these same churches who are themselves the oppressors of grievance against God when they exclude others, because it is God’s will for everyone to “enter the kingdom of God” just as they are.  A proper understanding of Jesus’ message of “kingdom” is offering community to all those who desire to explore what it means to follow Jesus.

When you think of the portraits the Gospels paint of Jesus, is there one in which every ministry action was actually a strategy designed to increase attendance?  There is an overemphasis on church growth that permeates all churches from fundamentalist to the liberal. As I stated previously in this series, there is nothing wrong and everything right with a church which grows in size and influence.  However, such growth should be a by-product of a faithful walk, not the mission statement around which every strategy is built. Yet almost every church judges its “success” in part or in whole by whether it is growing in attendance. This mentality does not derive from the successful-based view of sin (as explained in previous posts), but it is a successful-based mindset.  God does not require us to grow physically, just spiritually.

In the mid-1990s I had the privilege to help conduct Vacation Bible Schools at a migrant workers’ camp.  The mission trips were hosted by a small-city church about 130 miles up the road in Indiana from my own. Despite only averaging about 30 people in church service attendance in a lower economic area, the pastor and church conducted ministry to the nearby migrant worker camps, including purchasing a building to lease it to the Migrant Workers Association as a nursery school for the workers’ children.  They also sponsored a new church start in an upper-middle class area of a nearby city by buying an old church building and helping support a bi-vocational minister. They operated a food bank and clothing closet that served as many as 225 people a month and ministered regularly at a youth detention home. The pastor did not take a salary from the church due to the church’s bills and other expenses.

The response from the denominational mission organization that sponsored the pastor and church?  It reduced his salary by over 50%, citing the pastor should have been more successful in growing the church to sustain his salary.  I have never seen a church more faithful to the diversity of needs in its community and yet they were judged solely by their lack of attendance.  Idolizing and prioritizing church attendance will blind us to God’s desires.

The final belief/practice of a successful-based community to note is when biblical interpretation is guided primarily by eisegesis (i.e., reading our own biases into the scriptures) instead of what is called exegesis, which is studying the Bible devotionally and critically for what it reveals.  The Jesus Criterion series posts #11-16 (located on Stories From A Village) address biblical interpretation in what I believe is a more faithful-based approach, particularly its centrality in Jesus.  If you have not already read them, I encourage you to do so.

Reflection: Do you find yourself struggling with any of these successful-based practices?