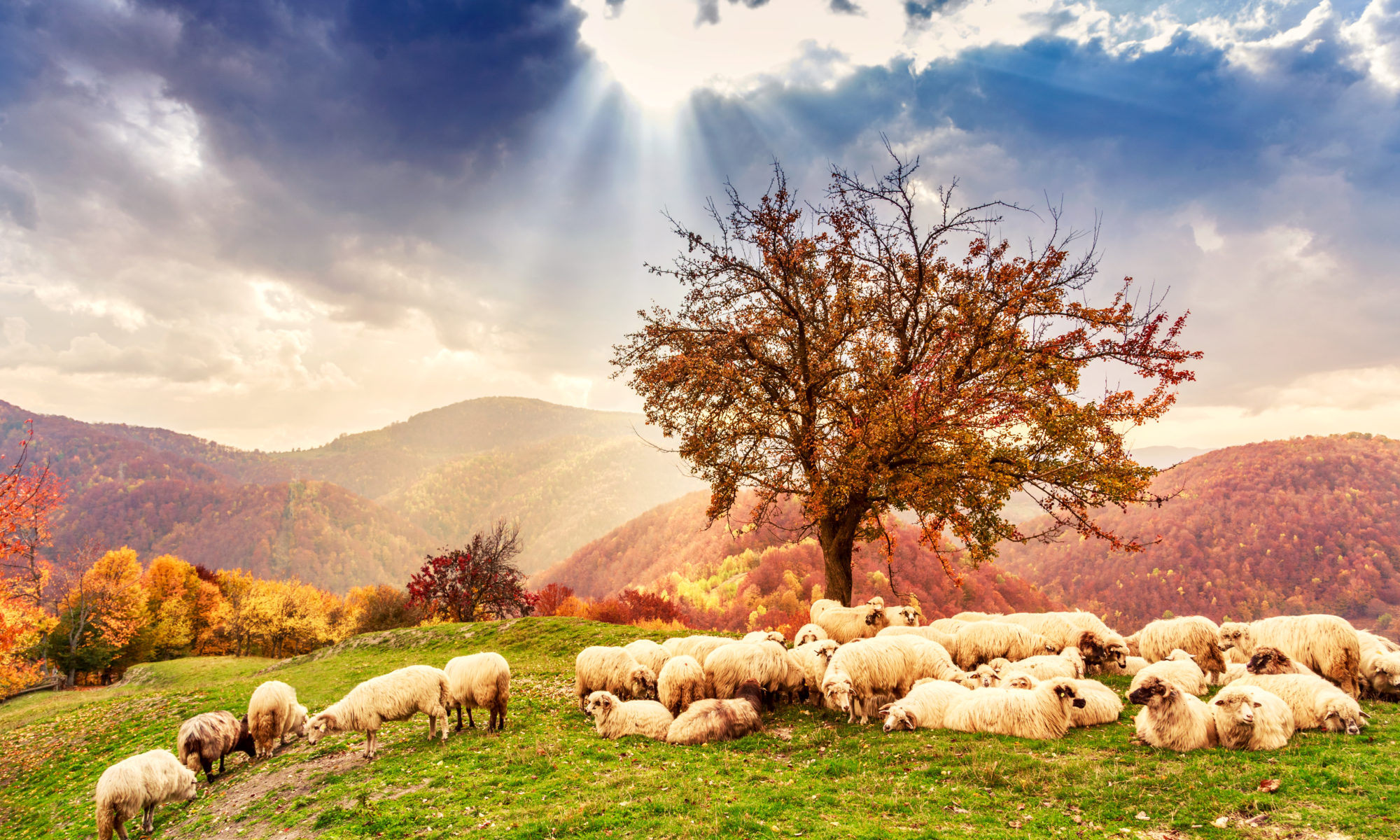 Unlike the Pharisees, Jesus did not speak much about a terrifying and dictatorial God, one who spoke to humans only through fire and smoke and who would decimate populations whenever it served His unknowable purposes. Jesus believed that God was immanent, a God who chose to create the world and then inhabit it, who chose to create humans and incarnate Himself in them. “The kingdom of heaven,” Jesus assured His disciples, “ is within you.” Luke 17:21.

Jesus spoke of God as a loving father, not a vengeful judge. Although Jesus taught His disciples to pray to a hallowed and heavenly father, his word for “father” is often translated from the Aramaic as “Abba”: Daddy. Jesus wanted His followers to know that God wanted an intimate, familial relationship with each of his sons and daughters. It should not be surprising, then, that Jesus abandoned the way of judgment and of morality, the “righteousness of the scribes and Pharisees.” Matt. 5:20. Jesus did not preach God above us, but rather God with us. Jesus saw His responsibility as preparing a place for all of us in His Father’s Kingdom.

Jesus described humans as being involved in the continuing act of creation. He tells His followers that they will do greater things than He has done. John 14:12. This is a remarkable statement, since His followers had seen him heal hundreds and feed thousands.

Jesus sets Himself as an example to be followed. He is the way. As the Father has sent Jesus into the world, Jesus is sending His disciples into the world. Why? To continue the divine imperative to create the Kingdom of Heaven on earth. Jesus begins His ministry with the good news: The time is fulfilled, and the kingdom of God has come near.” Mark 1:15. He furthered His ministry by anointing the disciples so they could minister to others, healing their bodies and their minds. Mark 6:12-13.

2. Jesus viewed humans as discerners of God’s vision for His kingdom.

Jesus taught His disciples how to pray, The prayer asks God to let His Kingdom come and to let His will be done on earth. This would be a ridiculous way to begin a model prayer if we did not believe God could give us insight into how His Kingdom could be realized. Our hope in prayer is that God will give us a glimpse of what He is doing, so we can follow His lead. As Jesus claimed of HImself, “the Son can do nothing by himself. He does only what he sees the Father doing.“ John 5:19.

3. Jesus encouraged humans to permit God’s presence in their lives.

On the night He was arrested, Jesus asked God for deliverance: “Abba, Father, for you all things are possible; remove this cup from me; yet, not what I want, but what You want.” Mark 14:36. This request for God’s will to be done highlights three things. First, Jesus’ relationship with God is intimate; he calls God “Abba,” Aramaic for Daddy. Second, Jesus affirms that God is a God of infinite possibility; God brings forth from things that are possible, things will become actual. Third, Jesus emulates God’s permissive creativity. This is the Hebrew notion of timshel: “You may.” Jesus remembers that God spoke the world into existence permissively: “Let there be light.” He asks God to let the cup pass from Him, if that what God wants.

Jesus had a wonderful example. Mary, His mother, also relented to God’s permissive creativity. When the angel tells God that Mary will bear a son, the Savior of the world, he reminds her “nothing will be impossible with God.” Luke 1:37. Mary responds, “Let it be with me according to your word.” Let it be. Mary permits God to create in her a life that will bring His kingdom to earth.

4. Jesus characterized humans as the beloved of God.

When studying the law, one can get lost in the words and forget that the reason God gave the law was to establish right relationships between Himself and humans. Moreover, the law cannot bring anyone happiness. The law can only provide moral rules to live by. And, unfortunately, the law cannot be kept. It’s a losing proposition to live your life according to words that cannot be followed to the letter. Jesus chastised the Pharisees for straining at the minutia of scriptural passages to the exclusion of the law’s spirit: to illuminate the loving relationship God wants to have with His people.

Moreover, Jesus did not follow the words of the law to the letter. He broke the Sabbath routinely to heal others and, even, to feed His disciples. And Jesus’ parables strike at the heart of customary wisdom. Who is the most loving example of a neighbor? The despised half-breed Samaritan who assisted a robbery victim. Who is the most loving example of a disciple? A woman in a leper’s house who took a years’ wages to anoint Jesus’ body just before He was arrested. Mark 14:3-9. Who is the best example of a loving son? The one who, after wasting his inheritance on himself and sleeping with pigs, humbles himself and comes before his father to reestablish the relationship, even if it means the relationship becomes master/servant, instead of father/son.

5. Jesus exhorted humans to invite the disempowered to seek comfort under God’s protection.

The gospels are full of examples of Jesus’ lifting up the disempowered in society. He speaks in public to a reviled Samaritan woman at a well. John 4:1-16. He has dinner at the house of Zacchaeus, a hated tax collector. Luke 19:1-10. He cleanses ten shunned lepers. Luke 17:11-19. He touches an impure dead boy to resurrect him. Luke 7:11-17. He is often found in the company of belittled women. Luke 8:2-3. Jesus uses His God-given authority to empower the powerless in His society. He lifts them up with His presence. He is there for them in the mundane aspects of their lives, being available to talk, to eat, to heal, to revive, to respect.

When you give a luncheon or a dinner, do not invite your friend or your brothers of your relatives or rich neighbors, in case they may invite you in return, and you would be repaid. But when you give a banquet, invite the poor, the crippled, the lame, and the blind. And you will be blessed, because they cannot repay you, for you will be repaid at the resurrection of the righteous. Luke 14:12-14.

6. Jesus challenged humans to pass on God’s blessings to others.

Jesus’ first recorded miracle in the Gospel of John is Jesus’ changing water into wine at the marriage festival in Cana. The text assures us that this is “the first of his signs” and that, through it, he “revealed his glory; and his disciples believed in him.” John 2:11. But the subtext of the miracle is revealing about how far Jesus will use the gifts He has received from God to bless others.

First, this is a very practical miracle: Jesus is a wedding guest who is being asked—behind the scenes—to help the families of the bride and groom save face. They’ve invited all these people to a days-long celebration, and, through their own failure of planning, have run out of wine.

Third, Jesus turns approximately 150 gallons of water into wine. That’s about 750 bottles of wine! Given that this was during the last stages of the party (John 2:10), there was no way the party guests could have drunk even a fraction of the new wine.

Fourth, the wine steward who sampled Jesus’ new wine proclaimed it the best of the evening. Jesus solved a practical, familial problem by making an overabundant supply of quality wine out of (otherwise) holy water.

7. Jesus modeled God’s grace by showing generosity to others in need.

A woman was caught in the act of adultery, and by law was to be stoned to death. The law of Moses seemed quite clear on this point. Jesus famously replied, “Let anyone among you who is without sin be the first to throw a stone at her.” John 9:7.   One by one, everyone turned away and left the public square. When alone with the woman, Jesus offered abundant, perhaps illegal, grace. He assured her that, if no one condemned her for her actions that she shouldn’t continue to feel condemned. She was free to go on her way and try to do better.

Jesus is crucified with two other condemned men. One of the men realizes he and his fellow criminal deserve no special treatment: “We indeed have been condemned justly for our deeds, but this man has done nothing wrong.” Luke 23:41. He then asks Jesus to remember him when Jesus “comes into his kingdom.” Jesus—a condemned and dying man—tells the condemned and dying man, “Truly I tell you, today you will be with me in paradise.” Luke 23:43. While dying, Jesus offers grace and hope to a justly condemned criminal. He offers him paradise (literally, a “garden”), as a gracious gift.