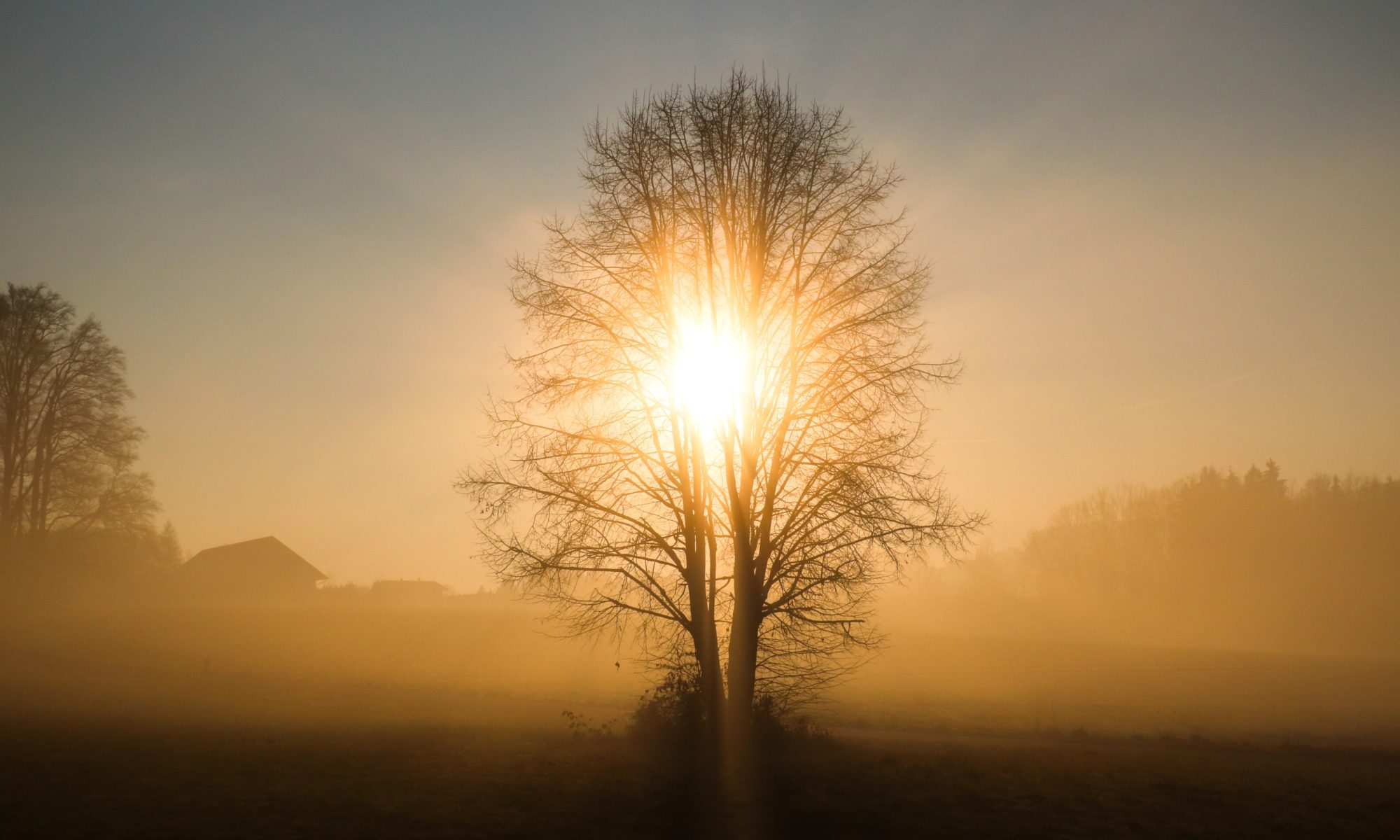 The initial passages of Genesis illustrate the manner in which God creates: God speaks. God speaks the universe into existence. The following are the passages in Genesis 1 that recount God’s creative speech-acts:

v.3 Then God said, “Let there be light”; and there was light.

v.5 God called the light Day, and the darkness he called night. And there was  evening and there was morning.

v.6-7 And God said, “Let there be a dome in the midst of the waters, and let it separate the waters from the waters”…and it was so.

v.9 And God said, “Let the waters under the sky be gathered together into one place, and let the dry land appear.” And it was so.

v.11 Then God said, “Let the earth put forth vegetation…and it was so.

v.14 And God said, “Let there be lights in the dome of the sky to separate the day from the night”…and it was so.

v. 20-21 And God said, “Let the waters bring forth swarms of living creatures, and let birds fly above the earth across the dome of the sky.” So God created the great sea monsters and every living creature that moves, of every kind…

v.24 And God said, “Let the earth bring forth living creatures of every kind”…and it was so.

v.26, 30 Then God said, “Let us make humankind in our image, according to our likeness”…and it was so.

The implication is clear. When God calls things into existence, they exist. God’s Word creates reality.

As followers of God, we might focus on the character of words as truth bearing. If so, our reliance on scripture—God’s inspired Word—will be sacrosanct. The Holy Word—as God’s words—must be true. So, we will pore over the scriptures to analyze passages to distill their meaning for our lives. If we want to live righteous lives, we must guide our behavior by God’s True Word.

But there is another way of viewing God’s creative speech-acts. Note that each of the creative speeches begin with the word “let”: Let there be light; let the earth bring forth living creatures.   If we focus on this word, the creative act seems passive, not active; permissive, not dictatorial. This notion of permissive creation is the focal point of John Steinbeck’s epic novel, East of Eden. Steinbeck has his father character, Adam, study the Hebrew word “timshel,” translated in Old English as “Thou mayest.” The lesson from East of Eden is the creative acts of God in Genesis 1 might be translated as “You may” or “Let it be.” These words of God emphasize not an active speaking-things-into-existence, but rather a passive permitting-existing-possibilities-to-be-realized. What does this mean for us? If God created permissively, then we, as His creation, may create relationships that allow us to respond to others permissively.

In Genesis, this permissive attitude toward creation is illustrated in God’s relationship to Adam and Eve, God’s crowning creation. God spoke with Adam and Eve in the cool of the garden. Genesis 3:8-9. In speaking with them, God was not dictating the truth of their situation. God was conversing with them, permitting them to voice joys (“At last, bone of my bone, flesh of my flesh!) and concerns (“we realized we were naked and hid”).

Moreover, Adam is permitted dominion over all the animals of the garden in the act of naming all the animals. God parades the animals before Adam who “gave names to all cattle, and to the birds of the airs, and to every animal of the field.” Genesis 2:20.   By permitting Adam to name all the animals, God allows Adam a sense of superiority over the animals. But, by giving them names, Adam is not speaking them into existence. He is not somehow representing the Truth about each animal. “This furry, purry thing with a long tail and whiskers is a cat!” does not mean that non-furry things could not be cats or that such animals may not be called gato, instead of cat. The man is not emulating God by speaking the world into existence. He is representing God by signifying his relation to the animals he names.

So the Genesis narrative gives us two ways of thinking about God’s creative speech-acts: the meaning of our lives could be based on truth—the representation of our words to the world—or on the continuing relationship between God and God’s creation. The text leaves us with an unanswered question: Do we seek meaning from things that represent God’s truth or from things that reflect God’s presence?