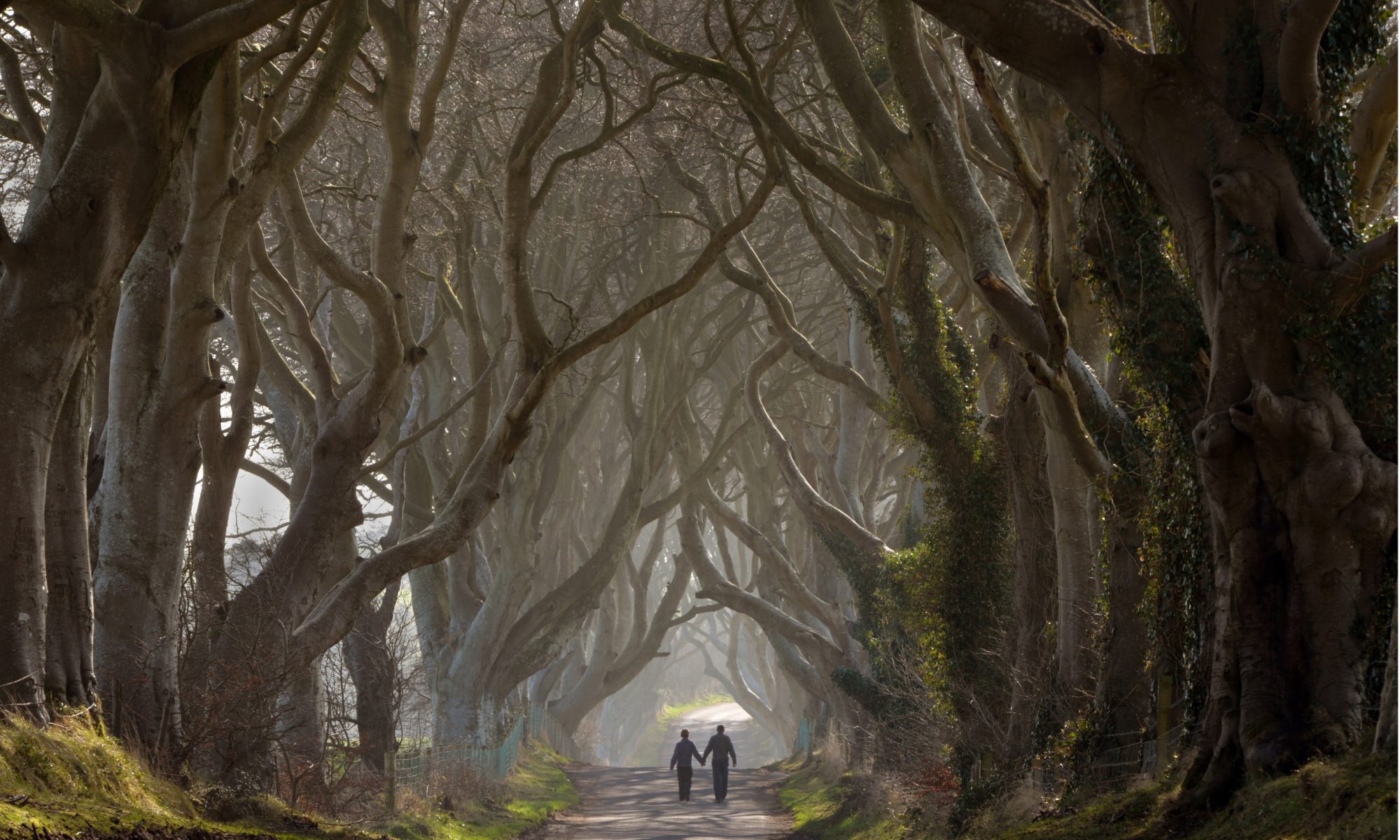 The story of Adam and Eve is often told as morality play: boy meets girl; boy gets girl; girl listens to a slippery serpent; girl gets boy to eat an apple; both receive the death penalty for disobeying God. The Genesis narrative supports themes of deception and betrayal, covetousness and shame, disobedience and punishment. Theologians argue that the story tells us about God’s motive for creating humans in the first place. God created humans as upright (physically and morally) creatures who could freely choose to love and obey God. The creatures failed miserably. And God was forced—by the very nature of their “original sin”—to separate God-self from them. God cannot be infected with sin; but the whole world could be. So Adam and Eve, all their descendents, and every living thing on the planet were pronounced worthy of death.

If God’s primary motive in creating us was to have creatures who freely chose to obey, then we have a moral directive: we must believe in the one true God and, unlike Adam and Eve, we must trust God and keep God’s commandments. Adam and Eve are a cautionary tale. Don’t be like them. Believe in God and live.

If one reads the Genesis narrative in this way, one runs the risk of interpreting the rest of the Bible in light of God’s need for obedience. All of the Bible could be characterized as man’s feeble attempts to get back into God’s good graces by following God blindly, by believing in spite of appearances.

Indeed, in the Old Testament, there are several stories designed to demonstrate a prophet’s faithfulness in light of ridiculous circumstances, including outlandish things God asks persons to do. After Sarah is past childbearing age, God does the impossible and blesses Sarah and Abraham with a son, Isaac. Then God commands Abraham to kill his son.   God tells Noah to build an ark because the known (yet dry) world will flood, killing all inhabitants. David kills a nine-foot tall, metal-covered warrior with a slingshot and a couple of stones. Elijah douses his altar with water so that God can consume it and his sacrifice with fire from above.

The message seems clear: if you want to show God your love, you will believe in God. And your belief will be demonstrated through testing in unlikely, even impossible, circumstances. God will show you God’s loves you by working in mysterious ways.

But there is another way of reading the Genesis story. Even as God is pronouncing the death sentence on Adam and Eve, God has provided a way out for them, a means of escaping the brunt of the punishment. First, God did not execute punishment immediately. Adam and Eve were permitted to leave the garden, raise a family, and live many, many years thereafter. Second, God gave Adam and Eve each other as partners, as companions, to help each other through the trying times ahead. Third, and perhaps most importantly, God created man with an immortal spirit. Remember the account provided in Genesis 2:7:

“Then the Lord God formed man from the dust of the ground, and breathed into his nostrils the breath of life, and the man became a living being. “ The story does not tell us that God breathed His Sprit into every “living being” that came before Adam. He only breathed His Spirit into his crowning creation, the human being. One could interpret this as supporting the dual nature of humans: a dirt-body, destined to return to the earth at death, and a God-breathed spirit, destined to return to God who gave it.

If this is the picture of the “original sin” of Adam and Eve, then it shows God’s abject mercy in creating them. Although the bodies of humans would die like all other living things, the spirit of humans would return to God, a God that lives forever. And, if this is the picture of God’s love and compassion for us, then we have another way of interpreting the other stories in the Bible. If we wish, we can believe that, no matter what we do, no matter where we go, we can never be separated from the love of God. We can believe that we are the beloved: God’s begotten children who can choose to live with God now and can return to God after death. So, our primary motive, once we understand how much God loves us, is to love God and all God’s creation.

In this way, the Genesis story tells us that God created each person in God’s image as a beloved partner with whom God wants to commune. The story tells us of God’s love. But there are two ways in which we might consider how God wants us to express that love in return: does God want our against-all-odds blind faith, or does God want our devoted kinship? The narrative leaves the question unanswered: Should we approach God as God’s believers or as God’s beloved?