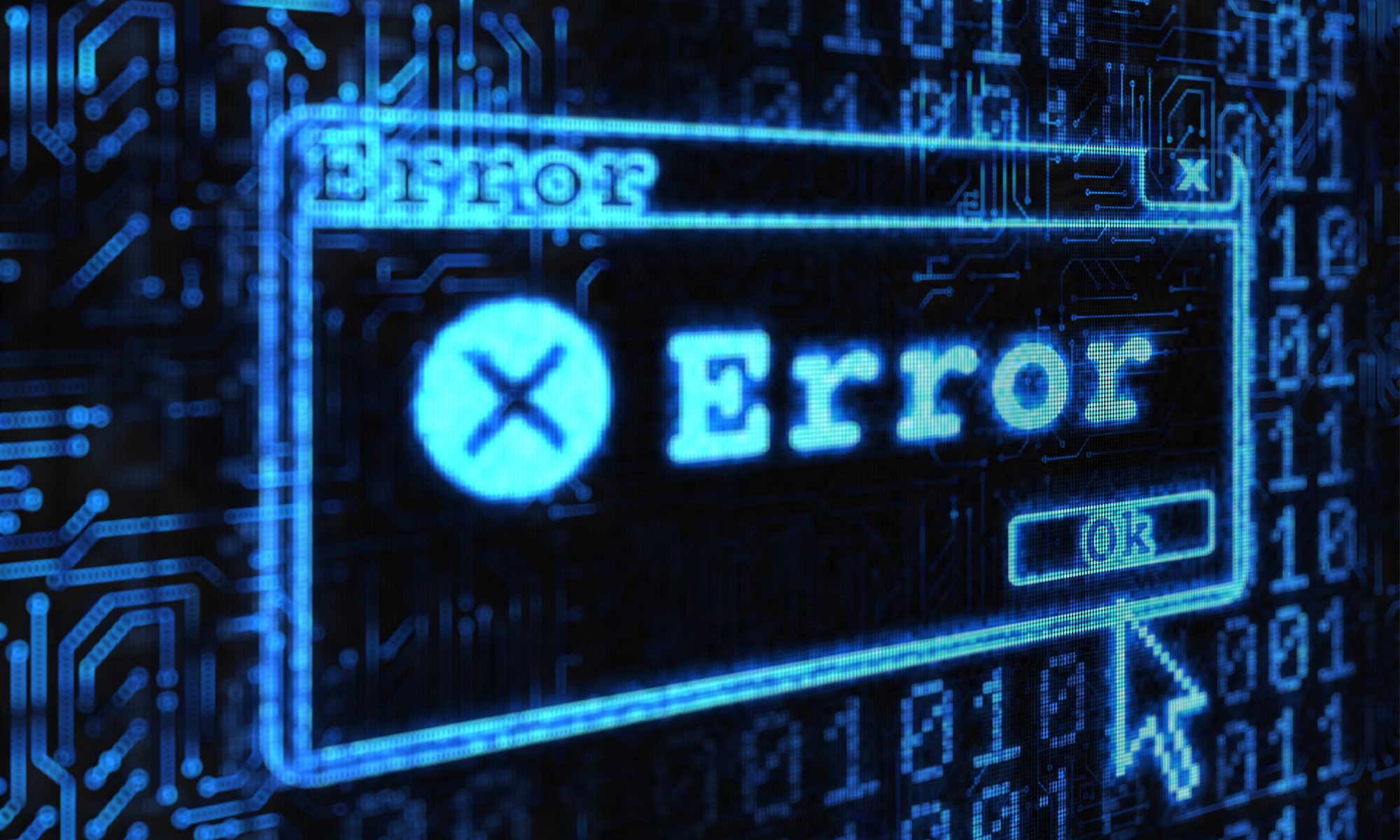 In the previous post we continued our look at some of the complex and challenging aspects of biblical inspiration, noting its greatest challenge is differentiating revelation and inspiration to the point that we learn to accept the Bible is a holy mess. This post we focus on the resultant view when one defines inspiration as likened to revelation— the inerrancy of scripture.

Inerrancy believes that the entire text of the Bible is, as the name literally implies, without any error. Every word portrayed as fact or historically accurate, every example of living to be modeled, and every command and guideline to be followed were all written exactly how God intended. It requires all biblical contributors to have been infallible (i.e., did not or could not make a mistake) in how they recorded God’s revelation while not including any supplemental material of their own.

This demands that the process of inspiration would have to have been one of two general processes. The first would be humans transcribing exactly what God told them to write. We know enough about the process of how the books of our Bible came to be (as reviewed in The Jesus Criterion #4) that divine dictation is highly unlikely.  The remaining process of inspiration which inerrantists must then defend is that the Spirit’s “in-breathing” suppressed any human tendencies toward imperfection, forgetfulness, lack of knowledge, and changing/adding material. This is certainly possible, but, again, highly unlikely when we note the archaic references, contradicting stories, and apparent errors found in the Bible.

(If you need a moment because you just became lightheaded from your giant gasp, hang in there. This is not an attack on the Bible. A look at each of those things will help deepen our understanding of inspiration.)

Archaic references are often the result of God’s revelation being accommodated to the human mind. For example, a number of biblical passages reflect the ancient belief that the earth is flat and that it is the sun that revolves around it (e.g., 1 Chronicles 16:29-30; Psalm 104:5; Ecclesiastes 1:5). God had to accommodate the Holy Spirit’s “in-breathing” to the awareness levels of Ancient Near East cultural mindsets, mindsets for which even the most intelligent lacked any understanding of modern science or technology. The ancient story of God’s people was never intended to serve as a textbook on astronomy. The truth and reflection of God’s revelation often have to be distilled from the limited knowledge of the writers.

The Old Testament also includes separate passages that tell the same story but contradict each other in their details. For example, compare Genesis 1:1-24 to Genesis 2:5-3:24. The passages are two separate accounts of the Creation, each with a different order. This is not the worst editorial blunder in the history of writing but was intentional editing by the Jewish priests who finalized the book of Genesis. Many Jewish and Christian scholars have long held that the Old Testament contains diverse points of view. The differing creation stories were placed in Genesis so that the reader might wrestle with God’s revelation as inspired by different voices. It is a style that in effect says to the reader, “Here is how one inspired voice described God’s actions as Creator [Genesis 1:1-24] and here is another [Genesis 2:5-3:24].”

The Bible also includes passages that appear to be in error. If a human is involved in anything long enough, then there will be errors. But errors in the text of our Bible are no more a threat to its truth than, oh let’s say, a procedural error by an FBI Agent that comes to light during a terrorism prosecution means the evidence cannot be trusted to convict the defendant, especially given the checks and balances in the rules of criminal procedure and the sheer volume of incriminating facts (…wink!). When conveying stories from third-party sources, authoring, or re-copying stories, there will be errors. But they are simply another challenge to distilling the overwhelming and sheer volume of revealed truth that is present in the Bible.

One approach to occurrences of apparent or actual errors in the biblical text is to ask a simple question— is the conflicting information consequential or not? Does it change the intended point of the story? Psalm 104, referenced above as reflecting the ancient belief that the earth is flat, is an example of this. The inspired writer’s intention was not to reveal correct astronomy but to praise God as Creator.

A second example involves the dark moment in Peter’s life when he denied knowing Jesus after He was arrested. The Gospel of Mark states that Peter denied Jesus three times after the first cockcrow but before the second crow. The Gospels of Matthew, Luke, and John state before the cock crowed once Peter denied Jesus three times. If there was a celestial YouTube video that showed exactly when the denials were in relation to when the cock crowed, would you discount the incorrect Gospel version(s)? No, because all four Gospel accounts still convey the heart of the story— Peter denying Jesus after strongly asserting to Jesus just hours prior that he would die with Jesus before he would ever deny Him. The exact way it happened is inconsequential to the point that it happened.

But inerrantists will not admit to archaic references, duplicate accounts, or errors. Instead, they advocate the Bible only has the perception of some errors by arguing one or both of two theories. The first theory is that any apparent inaccuracies between versions of the same story can be harmonized. For example, in the story of Peter’s denial of Jesus, the Gospel accounts collectively state that Peter denied Jesus three times before the cock crowed and three times afterward. So we just pop it all into the holy harmonization machine and… voilà! Peter denied Jesus a total of six times! Now, neither account is wrong. Such harmonizations seem plausible on the surface until consistency rears its ugly head and demands the need for another harmonization. Peter’s harmonized six denials now have to be harmonized with Jesus having predicted Peter would deny him three times (Mark 14:30).

The second approach by inerrantists to explain any perceived errors (and the argument I more commonly read these days) is the plausible theory of asserting that the original autograph for each book (i.e., the actual papyrus on which the book was first written) is inerrant. As the theory goes, any factual inaccuracies or differences in the oldest surviving manuscript copies we have for each book are the result of miscopying manuscripts by scribes over hundreds of years. The problem with this is that none of the original autographs remain in existence so the theory cannot be proven.

But a further problem to the inerrant original autograph theory arises again from that ugly-headed monster known as consistency. Simple logic asks, “How are we to know the rest of the scriptures presumed not to be in conflict have not also been erroneously altered?” For example, how do you prove that John 3:16 has been accurately copied over the centuries from John’s original autograph? Maybe Jesus told Nicodemus that God only so loved some of the world. The inerrancy of original autographs is, in fact, an invited device to help preserve an inerrant view of scripture.

The irony of all this is that the slippery-slope-to-unreliability argument inerrantists use against allowing the Bible to have errors is exactly what their invented devices create in their scripture interpretations. Limiting ancient texts, which are infused with human input at multiple points over hundreds of years, to a literal reading and application can cause its interpretations (and the church practices based on them) to be unreliable. And the further irony is that archaic references, contradicting stories, and errors in our Bible are not an argument for the Bible’s unreliability but points of interest to engage a deeper understanding of the difference between revelation and inspiration.

So why do many believers uphold inerrancy when the view itself does not hold up? The reason is betrayed in the words they use to describe their Bible; words like inerrant and infallible. These are traits of God, not a book. Actions speak louder than words as profession of God is merely lip service to what is being truly worshipped, the Bible. We often see God and the Bible as so inter-connected that we lose sight that idolatry can extend to the Bible, but it can. An example…

I was a member with churches aligned with the Southern Baptist Convention (SBC) for the first 53 years of my life, including graduating from an SBC seminary and serving as a youth minister with three SBC churches. As such I became familiar with the 1963 edition of the SBC’s statement of faith entitled The Baptist Faith and Message (BFM) which remained unchanged until 2000. The opening line from the article on scripture in the 1963 BFM was changed in the 2000 edition from stating that the Bible “is the record of God’s revelation” to simply it “is God’s revelation.” Striking three simple words was to emphasize that inspiration and revelation are the same. That view causes a further symptom. It is revealed in the SBC’s deletion of these two statements from the 2000 BFM which were in the 1963 version:

Therefore, the sole authority for faith and practice among Baptists is Jesus Christ whose will is revealed in the Holy Scriptures.

The criterion by which the Bible is to be interpreted is Jesus Christ.

Choosing to view inspiration the same as revelation requires you to de-emphasize the centrality of Jesus. But if the Son of God (however important you state He is) is not the center of your faith, then what is? In this case, the SBC’s changes are symptoms of viewing the Bible as the center of their faith. And that, my friends, is idolatry.

Inspiration affirms that the Bible contains the greatest record of God’s revelation but that is far short of it being the living God. As noted in the last post, biblical scholar Dr. Pete Enns stated, “The Bible doesn’t say, ‘Look at me and trust me!’ It says, ‘Look through me so you can learn what it means to trust God.’”

“The criterion by which the Bible is to be interpreted is Jesus Christ” has been a cherished belief of mine for decades (and I’m still learning how to apply it). It inspired the title of this series. I affirm that Jesus is my God and my salvation, not the Bible. And when you can understand that, then the difference between inspiration and revelation will start to make sense.