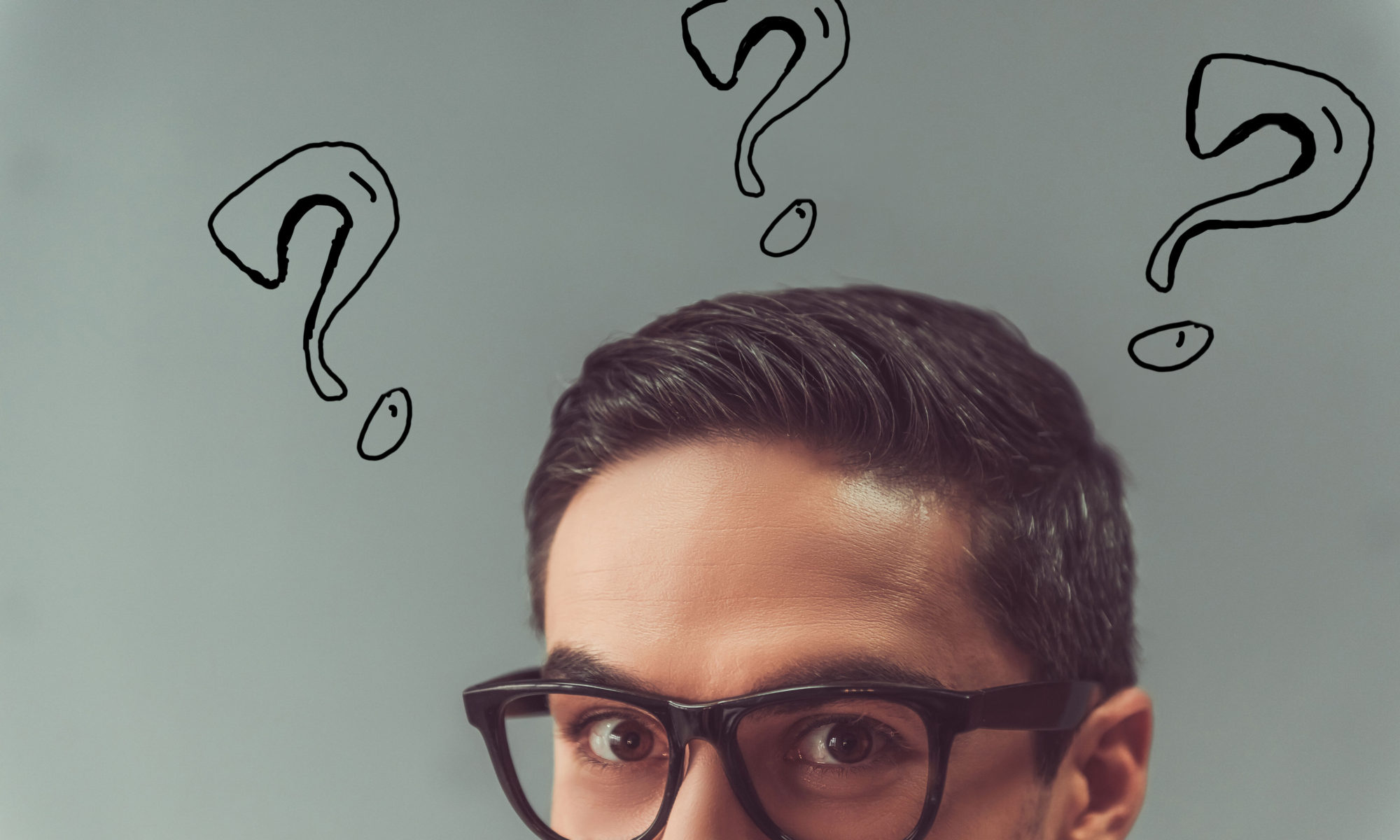 Negotiators talk with subjects during crisis events with the goal of having the subject release their hostage, not commit suicide, or surrender peacefully from a barricaded position. If you have ever seen a movie or TV show that showed such a crisis, you might be led to believe the most important part of being a negotiator is knowing really insightful things to say that will fix their problems and convince the subject to end the crisis. But such crises require just the opposite. Trained law enforcement negotiators know it is active listening skills which lead to asking the subject the right questions that will be the greatest foundation to resolving the crisis safely for everyone.

In these next two posts we conclude our look at biblical inspiration by looking toward an understanding of it. Just as with a negotiator, the foundation of that understanding begins by listening through the background and challenges we have discussed thus far so we can ask the right questions. And the first question we need to ask is, “If the Bible is inspired because it reveals God, then what of God is being revealed through the Bible?” I am going to save you a lot of study time and jump to the answer— Jesus.

Seeing Jesus as the object of God’s revelation through inspiration means more than seeing Jesus as the main protagonist in the story we call the Bible. It is recognizing that Jesus and the New Testament writers saw Jesus throughout the Old Testament scripture and as being the greatest living revelation of God. Harper’s Bible Dictionary (1973 ed.) explains this thought in its article on revelation:

The process of divine self-revelation came to its climax in Jesus Christ. God can fully disclose (God’s self) to no (one); and no (one) can make fully known to another what has been revealed to him (or her) of God. There is always an indirectness about personal testimony to revelation; to be complete, final, and universal, revelation must break out of the limitations of language— it must become a living actuality.

This direct confronting took place in Jesus Christ. In him God showed (all people God’s self).

There are a variety of ways in which scripture testifies to Jesus as the focus of the Bible’s witness. The Gospels record Jesus tying Himself intimately to the Jewish Scriptures. In Matthew’s Sermon on the Mount Jesus proclaims: “Do not think that I have come to abolish the law or the prophets; I have come not to abolish but to fulfill” (Matthew 5:17). Luke 4:16-21 tells how Jesus began his public ministry by reading aloud in the synagogue from Isaiah 61:1-2: “The Spirit of the Lord is upon me, because he has anointed me to bring good news to the poor. He has sent me to proclaim release to the captives and recovery of sight to the blind, to let the oppressed go free, to proclaim the year of the Lord’s favor.” Jesus then “rolled up the scroll, gave it back to the attendant, and sat down.” As the “eyes of all in the synagogue were fixed on him… he began to say to them, ‘Today this scripture has been fulfilled in your hearing.’” (Yea, that was pretty much a drop-the-mic moment.)

In a post-resurrection story, Jesus appears to two disciples on the road to Emmaus who are leaking hope as they discuss the recent events in Jerusalem surrounding Jesus’ death (Luke 24:13-35). “While they were talking and discussing, Jesus Himself came near and went with them, but their eyes were kept from recognizing him.” Jesus tells them they are “foolish” for being “slow of heart to believe all that the prophets have declared.” “Then beginning with Moses and all the prophets, (Jesus) interpreted to them the things about himself in all the scriptures” (emphases added). When we finally understand Jesus is the center of scripture, the only reaction is the same one as these two disciples had after Jesus departed: “Were not our hearts burning within us while he was talking to us on the road, while he was opening the scriptures to us?”

This walk to Emmaus was possibly the greatest Bible study session of all time. We are not told from which scriptures Jesus taught, but it likely included Deuteronomy 18:15-19 which speaks of an important prophet to be “(raised) up” in order to “speak to them everything that (God commands).” This is likely because Jesus Himself declared that He was that prophet:

“You search the scriptures because you think that in them you have eternal life; and it is they that testify on my behalf… If you believed Moses, you would believe me, for he wrote about me. But if you do not believe what he wrote, how will you believe what I say?” (John 5:39, 46-47)

Connecting Jesus to this passage in Deuteronomy, which then also ties Him to the whole story of Israel, became an important point for disciples deciding to follow Jesus and later part of their proclamation:

Jesus went even deeper to reveal Himself as being connected directly to God.

Jesus said to him, “I am the way, and the truth, and the life. No one comes to the Father except through me. If you know me, you will know my Father also. From now on you do know him and have seen him.” Philip said to him, “Lord, show us the Father, and we will be satisfied.” Jesus said to him, “Have I been with you all this time, Philip, and you still do not know me? Whoever has seen me has seen the Father.” (John 14:6-9; emphases added)

Many Christians proof text verse 6 (“I am the way, and the truth, and the life. No one comes to the Father except through me.”) to mean that belief in Jesus is the only way to heaven. But the verse is more correctly interpreted in context to Jesus’ continued words. Verses 6, 7 and 9 are Jesus’ extended answer to Thomas’s question “Lord, we do not know where you are going. How can we know the way?” (14:5). The question becomes a teachable moment in which Jesus tells his disciples that if their heart’s desire is to know and serve God, then know and follow Jesus because He is God revealed.

The writer of Hebrews opens the book professing that God’s revelation in the inspiration of Old Testament prophets is fully revealed in Jesus:

Long ago God spoke to our ancestors in many and various ways by the prophets, but in these last days he has spoken to us by a Son, whom he appointed heir of all things, through whom he also created the worlds. He is the reflection of God’s glory and the exact imprint of God’s very being, and he sustains all things by his powerful word. (Hebrews 1:1-3a)

In his New Testament Theology, Dr. Frank Stagg comments on this Hebrews passage by noting that “(in) some sense God is self-revealed in all that he does, yet he is supremely revealed in a person, Jesus Christ.”

The Gospel of John opens with the same profession as the Hebrews writer. The inspired written word (“law… given through Moses”) is more fully revealed in the “grace and truth” that came through Jesus, who “made (God) known” (John 1:16-18).

The writer of 1 Peter further infuses seeing Jesus in our Old Testament books by describing the Holy Spirit as “the Spirit of Christ within (the prophets)” as they “testified in advance to the sufferings destined for Christ and the subsequent glory” (1 Peter 1:10-11).

The words of Jesus and New Testament authors testify that the whole of the Bible is centered in Jesus who is revealed as the living revelation of God. The story of God’s people today continues from the story of Israel and the apostles as the Spirit reveals God’s call to follow Jesus as expressed through his life, death, and resurrection. This is not a new thought, a revisionist thought, a liberal or conservative thought, but a plain one throughout the pages of our Bible.