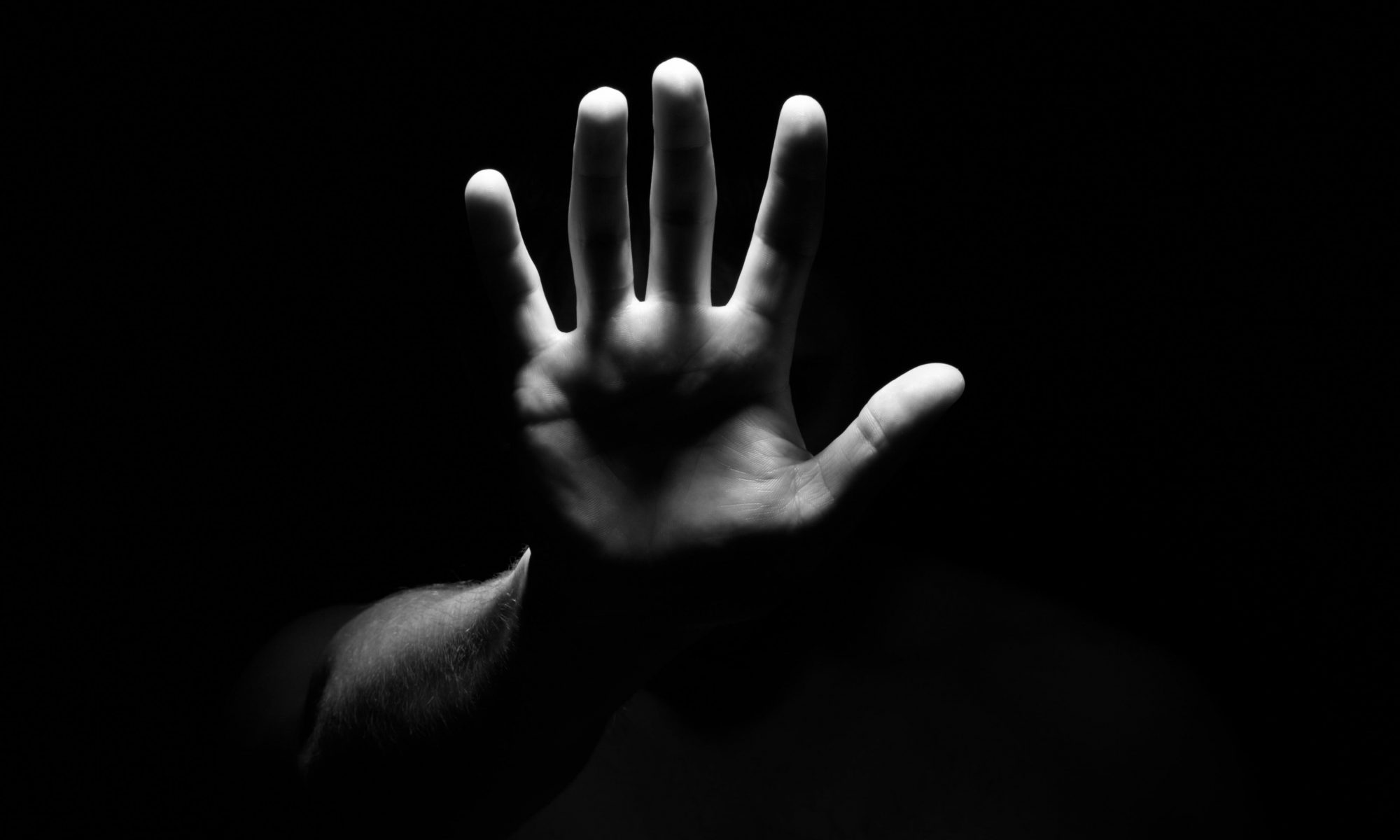 This is the second of two essays that actually began as separate testimonial self-reflections I’ve had over the past year or so. I came to realize that each represents a season of challenge (at times knowingly and other times unknowingly) that covered many years before experiencing some moments of clarity.

That is to say (assuming I’m using the term correctly), as a 57-year-old white man who grew up in a southern culture I don’t assume I have an awareness of all the issues that are currently negatively impacting racial equality. But I’m trying to honestly explore that. It is in that sense that I’m writing this essay–

After George Floyd was killed, I wanted to think through the significance of a tragedy that quickly and obviously became a watershed moment in our history for racial equality. So I decided my starting point was assessing myself as not racist. (Yes, I know, it’s the first impulse statement of every white person when the topic of racism comes up.) But I’m also experienced enough to realize it’s possible I can be ignorant of racism not only within society and government but within myself. Where might I be complicit in furthering or enabling something racist which I may be unaware of or fail to see as such?

I want to share three reflections I’ve had in response to that question. I acknowledge that there are other racial equality topics outside of my points that demand discussion and that there may yet be revelations more crucial for me to discover. Bottom line, I’m still processing.

One – Racial bias that illuminates my white privilege

When I was at the FBI, there was a fellow Agent who is Black with whom I had many conversations involving race. In one several years ago, he told me about the multiple times in recent years he had been surveilled by store security while shopping in large retail stores for no seeming reason other than the color of his skin. Given his position and background, I struggled to understand why store employees repeatedly saw him as suspicious absent any derogatory information warranting that. A fellow law enforcement officer on our task force who is a Black female walked by as we were talking and he said, “I’m telling Steve how I get profiled in stores for being black.” Without missing a beat, she replied, “Oh yeah, that happens to me, too.”

I cannot recall one time in my life that I was aware of store personnel who may have thought something I was doing was suspicious. I have learned that this is an example of white privilege which allows me to escape the scrutiny of those same store personnel.

For over 20 years the phrase white supremacy was limited for me as an FBI Agent to those extremist organizations who used intimidation and violence to further their white supremacist agenda. But reading through James Cone’s The Cross and the Lynching Tree, Jemar Tisby’s The Color of Compromise, and The Report on Slavery and Racism in the History of the Southern Baptist Theological Seminary (from where I graduated) in the past year and a half have changed my view on applying the phrase white supremacy.

I realized that I had adopted softer assessments of America’s past such as describing the 19th and early 20th-century as having widespread prejudice. But reading through those works, which cite many of the same events in my history books from high school and college, brought me a fresh understanding of seeing (in counterterrorism parlance I used to use) the indicators of when a group was taking organized and overt actions in furtherance of an extremist ideology.

I’m now looking at those same historical events as interconnected, creating pervasive structures to promote and protect white supremacy. Government leaders, policies, and laws, and Christian doctrine and practices explicitly created and enforced a system of white supremacy throughout most of our country’s history (albeit in varying degrees depending upon the time period and region). As a former Southern Baptist I was quite familiar with its origin in supporting missionaries to be slave owners, but all three works I read helped illustrate how complicit much of U.S. Christianity was in justifying and helping to maintain a system of white supremacy throughout much of our history.

This is not a new revelation. What I’m stressing is that sometimes we can’t see the forest for the trees. White Americans can look at our history and say, “We used to be very prejudiced.” But it’s much more accurate to say, “We had a strong, overt system of white supremacy in place across government, society, and religion from the founding of this nation through most of the 20h century.” Those are two very different starting points if you decide to discuss related topics such as today’s lingering effects of systemic racism.

Third – Acknowledging my contribution to the subtle narrative of white supremacy

The number of Confederate statues that were taken down after Floyd’s death gave me pause to further reflect on a conversation on a podcast my oldest son Jordan and I did over a year before that tragedy.[1] Jordan was four months from becoming a dad and had recently found out they were having a boy. He brought questions for me to explain some of my parenting decisions, and his first question was a doozy.

He wanted to know if I had any regrets that he (Jordan) would not be passing on the middle name Lee to his son as had been done for five generations in our family. My great-great grandfather Wright Everett Flowers was born in 1839 and fought for the Confederacy. His son, Ira Lee Flowers, was born 11 years after the end of The Civil War. The family story handed down to me was that Wright Flowers gave my great-grandfather the middle name Lee in honor of Robert E. Lee. That name was then passed down to my grandfather Jack Lee Flowers, Sr., my father Jack Lee Flowers, Jr., myself (Stephen Lee Flowers), and I passed it down to my oldest son Jordan Lee Flowers.

During our conversation, I explained why 30 years ago I passed on a name to honor the general of the Confederate Army:

Lee was a very popular figure when I was growing up [in Virginia]. You can call it the blindness of being a white guy or white privilege. [At the time] I never saw it as being insensitive or as not being the right thing to honor. In my mind it was as simple as having a cool connection back to The Civil War and (to) a famous person. I wasn’t flying the Confederate flag when I grew up but back then General Lee was revered and well thought of [by Southern whites]. And the fact that it had been handed down all those generations (also made) it historical.

Jordan noted that he had “known for a while that if and when (he) had a child” he would not be passing on that name and then explained why:

The simple idea of passing a name down is cool to me because… the next one… would have been spanning almost 200 years of (the) first-born son of this family… having (the same) middle name.

That being said, that’s about where the coolness ends. There’s not a lot of redeeming factors for it… because of what it’s rooted in. I don’t have a lot of the same Southern pride that you had growing up.

(To) honor it is also to honor people that had motives that I don’t have or don’t share.

Reflecting on the conversation has been bittersweet.

I am incredibly proud that Jordan came to that realization on his own. It’s one of the examples that give me hope that his generation will see more clearly sooner than mine and bring us closer to racial equality. Jordan jokingly said in the introduction to our episode that the common theme for all his parenting topics would be him fixing his father’s mistakes. He was not wrong. He showed insight and strength in his 20s that I didn’t have until my 50s. He definitively addressed a 140-year-old family issue by taking a stand that I should have but did not. I feel ashamed for not realizing that before I passed on the name Lee. And that pain is magnified because, as I said to Jordan in our conversation, “I unknowingly put the burden on you to deal with that name.”

My passing down the middle name Lee was just as much a symbol of support for the Old South as any statue of Lee erected to publicly honor his fight to preserve slavery. It was never in my mind to support white supremacy, but my choice continued to honor a symbol that did.

Jordan is the last Lee in our Flowers family. While Jordan chose rightly not to pass on our middle name to his son, his wife and he still passed on my name to their son Oliver Stephen Flowers. It was a very gracious act by them. I will try to earn that honor by helping my grandson be a better respecter of the equality of all people than I was.

I’m not woke. But I am trying to wake up.

[1] On The Table Podcast: Jesus never had to raise a kid Part 1 found on Stories From A Village and on Apple Podcasts; the conversation takes place from the 9:04-24:40 minute marks.