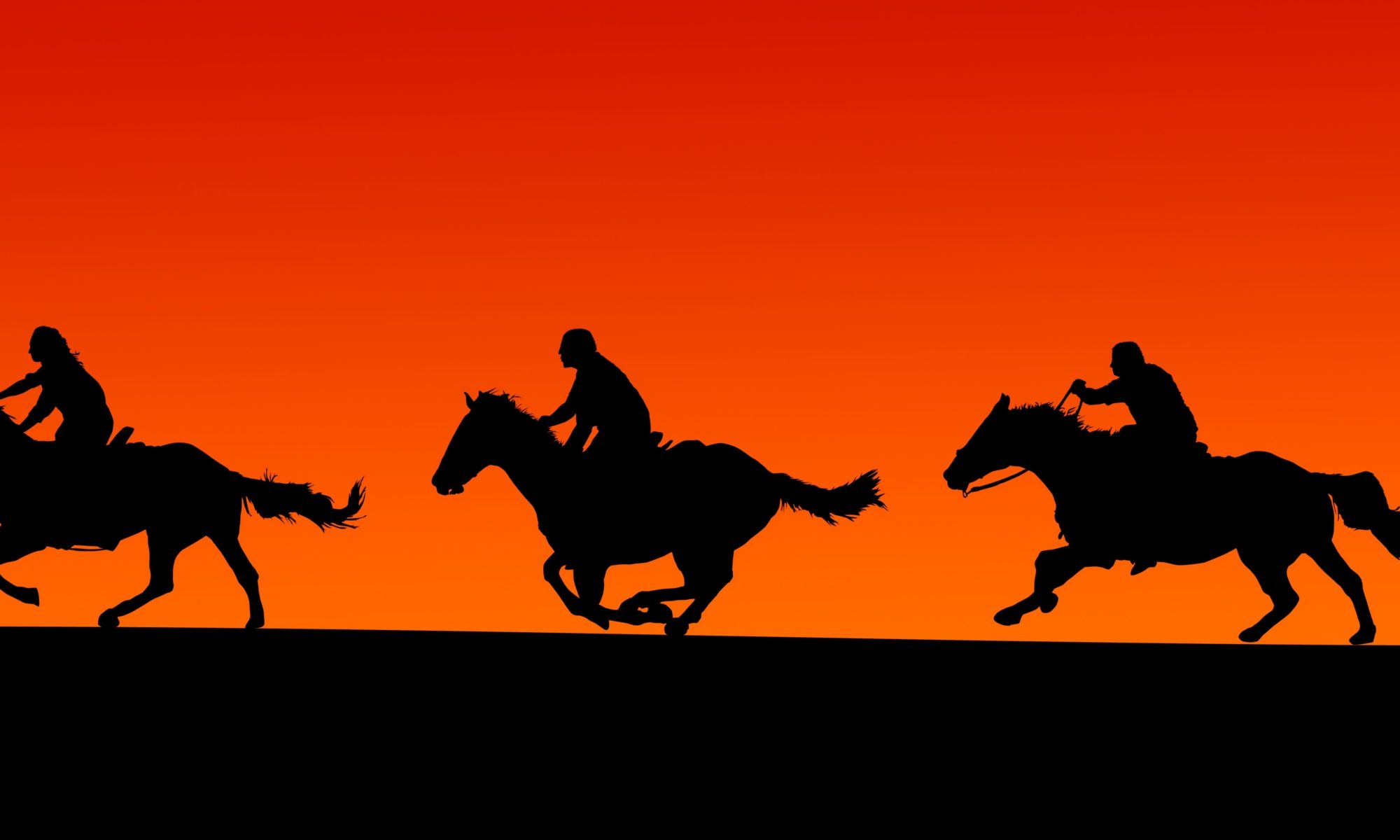 Christians can study any number of the same biblical passages and come up with numerous differing thoughts as to how to interpret each passage. But, generally speaking, there are only four methodological styles by which Christians interpret a scripture passage. This diagram illustrates those four basic styles of biblical interpretation. 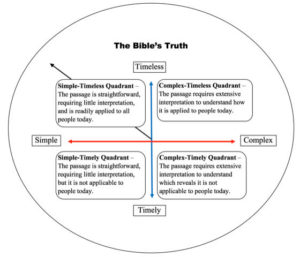 The four styles are defined by quadrants created by two intersecting axes. At opposites ends of the vertical axis are the timeless or timely nature of God’s truth. God’s timeless truths are those that are not altered by culture or the passage of time. What God commanded of those in the Bible when it was written is exactly the same as what God commands of us today. Timely passages can be inspired by God or non-inspired additions that either way were only relevant to a particular people during a particular time. They are not applicable to us today.

At opposites ends of the horizontal axis are whether we believe the truth of the passage is understood through a very simple or complex process of discernment. The simple approach is typically taking a scripture passage literally at face value with little to no interpretation needed. The story happened historically and factually as it is written or the command is to be followed exactly as it is written. A complex approach is the belief that much critical study is required in order to understand what, if any, is God’s intended truth. It is rarely a literal reading of the scripture even if it appears straightforward. The complex nature is due to the book’s genre, the author’s historical setting, purpose, or limited knowledge, the use of figurative language, or some combination of these or other critical study factors.

The intersection of the axes creates four quadrants, each being one of the four biblical interpretive styles. The quadrant style definitions would represent a point graphed furthest out from the center at 45-degree angles between the axes. If you find yourself identifying with elements of more than one quadrant definition, then a graph point of your current interpretive style would be plotted closer along one or both of the axes that better identifies what it is. For instance, if you assessed your interpretive style to be mostly Simple-Timeless but with some Complex and Timely interpretations, then your graph point would be along that 45 degree angle ray in the Simple-Timeless quadrant (see black ray in the Simple-Timeless Quadrant) but at a point on that ray closer to the center of the graph.

We will use an example story to illustrate how someone might use more than one style to interpret scripture (while exposing what these styles require as a result).

Let’s say one day you read of a non-violent Christian extremist sect that is advocating a form of benevolent slavery be legalized to help our economy. The group uses scripture to help support its view, citing the multiple Old and New Testament texts that provide guidelines for proper relationships between masters and their slaves. The group takes these passages, like others in the Bible, as timeless truth through which God has ordained guidelines allowing society to have a benevolent form of slavery. You find the notion of modern-day slavery distasteful, culturally abhorrent, and a misunderstanding of scripture. But you also find your method of biblical interpretation challenged, acknowledging that human slavery codes exist in your inspired Bible such as Paul wrote in Ephesians 6:5-9.

Slaves, obey your earthly masters with fear and trembling, in singleness of heart, as you obey Christ; not only while being watched, and in order to please them, but as slaves of Christ, doing the will of God from the heart. Render service with enthusiasm, as to the Lord and not to men and women, knowing that whatever good we do, we will receive the same again from the Lord, whether we are slaves or free. And, masters, do the same to them. Stop threatening them, for you know that both of you have the same Master in heaven, and with him there is no partiality.

You view this Ephesians passage as no longer applicable and therefore unable to be used to justify modern-day slavery (i.e., you interpret this in a Simple-Timely style). The matter seems settled in your mind with the extremist group tucked safely away as an errant sect.

But later you find yourself discussing this matter with a Christian friend who also enjoys studying scripture. Your friend notes that Paul wrote the entire section of Ephesians 5:21-6:9 in a 1st-century style of writing called household codes and recalls that 6:1-4 are instructions for children and parents.

Children, obey your parents in the Lord, for this is right. “Honor your father and mother”—this is the first commandment with a promise: “so that it may be well with you and you may live long on the earth.” And, fathers, do not provoke your children to anger, but bring them up in the discipline and instruction of the Lord. (Ephesians 6:1-4)

You note to your friend that the instructions for children and parents are a valid interpretation of the Fifth Commandment (e.g., Exodus 20:12) for application today for children to obey their parents (i.e., you interpret these verses in a Simple-Timeless style). But then your friend clarifies that she is not asking if you believe these verses are applicable to parents and children today but, rather, is asking, “How are you differentiating that the first four verses of Ephesians 6 are inspired and should be followed today but that the next five verses are not inspired and can be ignored?”

Think about which of the four styles you have used to interpret the Bible. If you use at least any two of the styles (even if one is predominant), then the challenge to ask yourself is, “What criteria am I using to determine how and when I apply each interpretive style?” This study in styles demonstrates the need for a standard, a standard that helps us maintain consistency in how we interpret scripture regardless of the style combinations we use. This standard of measure is what helps us answer the question, “How do we bring God’s revelation to light from a messy Bible?”

[*SPOILER ALERT! The standard is Jesus.*]